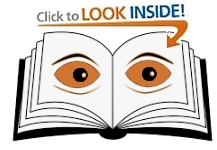 Buy from Amazon in your own country *** FOR THE KINDLE ***

A critical and exegetical commentary on the Revelation of St. John by Charles, R. H. (Robert Henry), 1855-1931 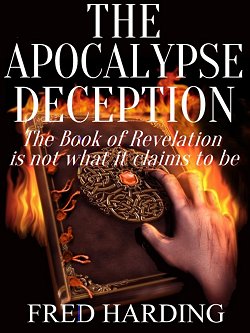 The Apocalypse, also known as the Book of Revelation is the last book of the New Testament. It begins with these words:

Those words are not those of Jesus Christ, contrary to the claims of its author. Transmitted through an unnamed angel, they are part of a monstrous deception that has plagued Christianity ever since they were first penned. Furthermore, contrary to popular belief, the Apocalypse was not written by John the Apostle, the son of Zebedee nor is it.

This book expands upon the scholary work, "The Apocalypse" written by R.H. Charles in 1920, the famous scholar widely recognised as the greatest authority of his time in matters of Jewish eschatology and apocrypha. His translations of the Book of Enoch and the Testaments of the Twelve Patriarchs especially are still widely used.

Charles identifies the author of the Apocalypse as someone he calls John the Seer, for want of a better name. One thing is for certain, this man was not John the Apostle, who according to Charles had long since been dead having been killed alongside his brother James in the early days of the Christian movement. Consequently, Charles also recognised that the Gospel and the Epistles, although written by the same author, could not have been authored by John the Apostle either but rather, were penned by the John the Elder. Charles says:

Who then wrote the Apocalypse? He is the same person that John the Elder confronted in the Roman Baths of Ephesus and called "the enemy of the Truth". If as I will show, that the Book of Revelation was written by this person, then clearly, he is an enemy of the Truth, the Apocalypse cannot be included the Christian Canon of the New Testament. The Apocalypse is a false prophecy written by a false prophet. Jesus warned: "For false Christs and false prophets will appear and perform signs and wonders that would deceive even the elect, if that were possible. So be on your guard; I have told you everything in advance." (Mark 13:23)

Now take heed of a prophecy that Jesus made about a future time after his crucifixion.

Do not follow anyone who says "the time is near" Jesus says. Do not be deceived he says. Yet this is exactly what the writer of the Apocalypse says.

"Do not seal up the words of the prophecy of this scroll, because the time is near." (Revelation 22:10)

Do not be deceived. The Apocalypse was rejected for seven hundred years by the churches of Asia Minor, where the book originated, and with good reason. The book of Revelation unleashes a vision of a gore-fest at the End of Time, a relentless apocalyptic nightmare, badly written, repetitive and self-contradictory. In chapter after chapter, it details outlandish horrors, the supposed fate that imminently will befall the enemies of God. As you will discover if you dare to read this book, these are not the words of Jesus. Do not be scared of the horrors described in the Apocalypse, because the prophecies therein described were made by a false prophet and they are completely untrue. My book proves this to be the case.