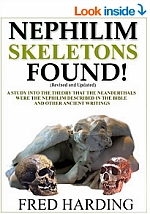 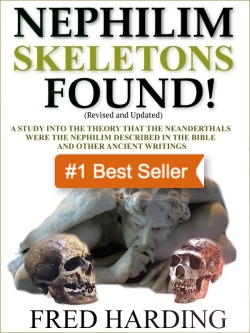 This book begins with the observation of a strange coincidence. The Bible and other ancient writings talk about three kinds of people living together at one time, Watchers, Nephilim and Humans. Then two of them disappear abruptly to leave only man to populate the earth with his kind.

Coincidentally, we find anthropologists over a period of one hundred and fifty years unearthing the remains of three species of hominids that are said to have co-existed at one time, Cro-Magnons, Neanderthals and Homo sapiens. Then two of them suddenly become extinct leaving only Homo sapiens (modern man) to populate the planet. Could it be that those beings dubbed Cro-Magnons may have in fact been the fabled "Watchers", the fallen angels described in the Bible who came to earth and mated with human women? And, if this is true, can we not reason that the results of their unnatural union resulted in hybrid children the Nephilim, the same beings that we call Neanderthals? What an intriguing possibility, one which this book investigates.

This study is truly ground breaking and proves once again how reliable the Bible really is. If you are a Christian then I hope that this book will encourage you to stand firm in your belief. If you are person of no particular persuasion but have been told that the Bible contains a load of bunkum, I hope that what this book shows will persuade you to re-evaluate your position and take a closer look as to what the Bible has to say. And to those of you who believe in evolution, for you I have purposely not made reference to any Creationist publications. That way I cannot be accused of being a Creationist fundamentalist with a chip on my shoulder. Hence, what you will read in some areas of this study will have been written and promoted by evolutionists themselves or reported by them in newspapers or science publications just as each discovery was made and presented to the world by evolutionary scientists.

I have not glossed over or hidden anything from you. The theory of evolution stands or falls by the words of evolutionists themselves, not mine. I believe that what I have presented in the book offers a viable alternative to the one that evolutionists have taught for the last hundred and fifty years, with respects to the origins of man and especially where Cro-Magnons and Neanderthals have stood in the scheme of things. This is truly a major work worthy of consideration and scientific debate.